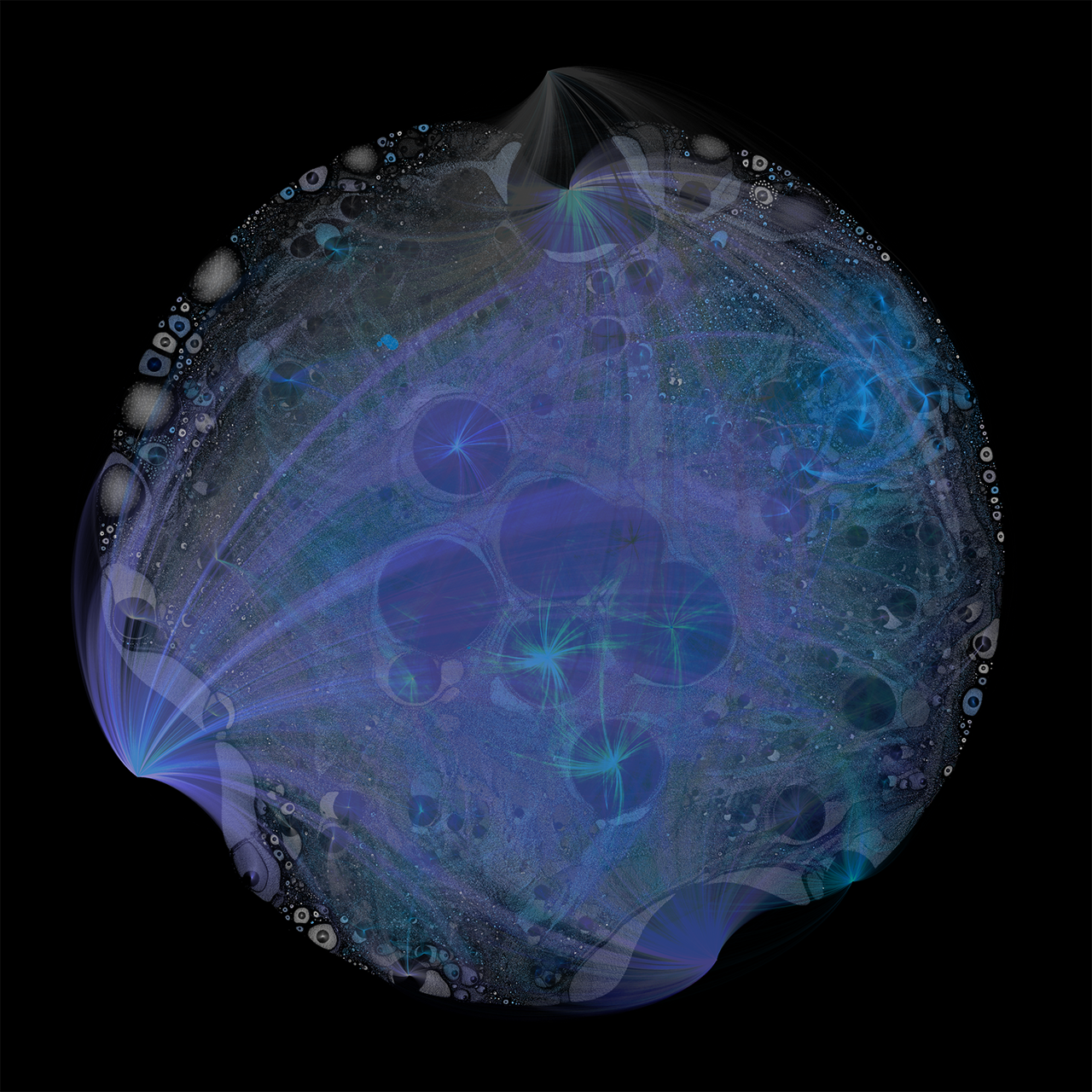 On December 11, 2017, I published what would become my most popular content on Ripple and XRP to date. I wanted to ensure that this content could be accessed on a platform that shows the technological progress Ripple has made since the time this was written.

The article reads as follows:

I want to explore some mechanisms that have been tied to mass strategic adoption of technology, also known as critical mass network theory, within a global crypto and fiat economy to perhaps shed an alternative perspective on the power and value of what Ripple may become within that system. It all starts with understanding how banks will use xRapid to create value for the entire Ripple network. This concept is based around making complex and archaic systems more efficient for the customers and clients they service.

Do you agree, “that the value of a network is positively affected by the number of geopolitical dispersed locations it serves and the number of its users” [1]? If you accept the notion that ideas spread more rapidly when there are dynamic sources for adaptation globally, you may assume that one of the only conceivable avenues for Ripple to truly reach its full potential is to focus on strategic network adoption instead of mass speculative adoption like we are seeing currently with other coins like BTC.

Mass adoption in this sense refers to the general cryptocurrency community as the consumer base which would have an opinion on Ripples value. Lend me some of your time to explore a theory as to why Swell, the recent Escrow lockup and, the remaining xRapid strategic partnership announcements are actually a massive tactical advantage over any other altcoin project in 2017. If we are starting to get hyperbolic I apologize, but the scale of this strategy is truly something to marvel at, so bear with me.

Recently, there has been an intense scrutiny of gains, or the perceived lack of, by the community on many crypto platforms around the web. I would urge those naysayers to consider the global game of chess that is being waged right now. There is a strategic avenue to out maneuver perceived market leaders like BTC, LTC, ETH by exploring existing crypto market caps, and how they might be affected by new money entering in 2018.

My hypothesis is centered around the sleeping giants of the industries opening their eyes to the optimization potential of blockchain technology in Q2 and Q3. When companies like Amazon, Uber, Airbnb, and Alibaba look into the rapidly maturing world of block chain technology how will they judge the current market leaders?

I believe that these types of mass volume economic players will look for the same three things that allowed them to overtake traditional competitors in their verticals:

Liquidity provides less friction in a globalized economy which in turn promotes rapid adoption and value for the network. Stability provides pathways for exits and entry from fiats, and allows for large volume batch transactions to move quickly and transparently around the world. Finally, scalability allows for the previous two aspects of a successful blockchain technology to compound growth and allow for critical mass market reach to be achieved.

For example, “if a bank decides to adopt a particular electronic payment technology, this benefits other banks that use the technology, because banks that already participate can then directly exchange payments with one more institution. Moreover, because electronic payments products are technologically intensive, they may be characterized by informational networks, where the value of the good increases with more users because user familiarity lowers costs. If present, network externalities may give rise to a market failure where the good is underprovided” [2].

That last line is imperative to understanding the real value of the Ripple package as a whole in the future: as more banks adapt xRapid, the entire network becomes exponentially more attractive to more institutions who are looking for a stronger indication of the move from traditional fiats through RippleNet. It eventually becomes necessary for businesses, financial institutions, and even governments who would then find a need to acquire access to such features. To a point which ensures that populations have continued access, that is not at any point ‘unprovided’, for fear of market capitulation. That right there was the basis for all my personal research into this project and why Ripple technologies are so impressive.

xRapid liquidity costs are going to become very attractive at high volumes which is something that will be talked about over the next 12 months as various systems across every major financial sector are tested within it. I’m especially excited to see what happens with Cuallix and US-MXN cross border payments in 2018.

Increased liquidity means less barriers to entry for new on-boarding institutions which promotes more rapid growth for the entire network. With this critical mass approach, Ripple will obtain a rapid adoption rate, even more so than BTC in respect to application and utility based integration around the globe.

In fact, the positive public opinion for XRP will only reveal itself when consumers come to depend on the features of it’s platform. Before then it’s pure speculation as to why it is better or worse than any other crypto based offering. However, I do believe the key to Ripples long term success will be traditional financial institutions leveraging the technology to increase effectiveness of their individual platforms. Because Ripple is the only coin where central banks have any inkling of ‘FOMO’ (Fear Of Missing Out), especially due to the Escrow capped disbursements. Banks will continue to watch what the Ripple platform can do and the more they see the benefits of it, the harder it will be to ignore the glaring issues with current solutions and crypto-competitors. The recent XRP Escrow was massively important towards this end and is a topic that actually revolutionized modern capitalism, but I’ll save that rant for another day…

It is also worth mentioning that Ripples fintech summit, Swell was positioned as to compliment its traditional rival Swift’s Sibos keynotes, specifically with how Ripple could approach the same problems much more effectively and at a lower cost and increased transparency. This was designed to attract adoption interest at the highest tier of economic liquidity on the planet, the banking conglomeration.

These tactics are not to alienate the the masses of ‘Ripples Hodlrs’ (Hodls are a meme-speak version of Holding an established position). In fact, I believe the bank parleys are an interesting invitation into the world of volume liquid asset transfers, of which Tech Crunch founder Michael Arrington, and his 100 million USD XRP exclusive crypto hedge fund will undoubtedly take advantage of.

Current holders will essentially have bought into the global high stakes poker tables of Nostro Account Consolidation with a royal flush. That aforementioned link is basically, “50 tips on how not to lose a billion dollars in the maze of the global monetary hegemony”, of which a select few will find great humor and others will find great confusion.

Ultimately, while the romantic ideas of some of the more ardent voices in the cryptocurrency community suggest that centralized projects are antagonistic to the growth of real “decentralized” coins, I would suggest a moment to consider the following: in order for a economically decentralized future to even become possible there has to be a massive campaign to educate the public consumer base to the benefits of that decentralized system.

Not to mention that Ripple and their clear road map promotes a more pure interpretation of transparency and decentralization than Bitcoin’s rapidly centralizing core development team which is trying to maintain the coins value even as it bastardized the original intended use.

Bitcoin, a digital asset, has gained ever-increasing public clout as futures are listed and the short is held at bay. BTC is becoming that instructive vehicle that the masses need to learn. CME CF Bitcoin Reference Rate (BRR) is basically a torch to light the way for an entire older generation that needs traditional economic validation before jumping into a new market.

Essentially Bitcoin is educating the masses on the fundamental aspects of blockchain technology. And while it provides great speculative value short term, is there any evidence of an initial technology offering maintaining its dominance in a rapidly growing, technologically competitive marketplace?

Meanwhile, Ripple is going after the same entities that have time and time again created fundamental change globally through pure economic methodology. In order to increase overall adaptation, banks rely on actual equations to determine the profitability and risk of introducing new electronic payment systems across their networks [4].

If Ripple leverages the profitability of blockchain adaptation at the global banking level they can take on the speculative mass adoption strategies of the Bitcoin campaign by simply outmaneuvering most of their competition with a highly profitable technology that solves liquidity problem much of the masses were completely unaware of. Thus obtaining critical mass and becoming the catalyst for global crypto adaptation, just like the same banks ushered in global adoption of ATM and other electronic payment technologies in the past.

Currently, Ripple is listed as result number 5 on the front page of Google with their pitch for “Cost Cutting” within global interbank settlement systems. When you consider how much noise in the general crypto environment, it’s kind of easy to forget the trillions of dollars in existing infrastructure that is looking for that last bit of grease for an old machine as it’s disassembled and rejuvenated for the future economy that is much more interconnected and much more rapid.

To me, it’s intriguing to even have the opportunity to hold an asset that most central banks, and world governments will want to buy soon to ensure a smooth transition of funds that are moving across their geo-political systems. More dependence means more value for the entire network which will promote an age of economic spurred globalism and promote rapid technology advances in the worlds developing nations.

When this centralized adoption strategy is proven to be more effective and efficient, the market will embrace the new technology laden with incentives to ease the burden and risk of on-boarding into the system, knowing that any new partner exponentially increases the value of the asset across the entire network over time. India is leading the charge in the realm of state sponsored transition to digital assets, and it makes a lot of sense why there is a Ripple office in Mumbai.

There remains a clear difference in the strategy, and the effective approach of these varying cryptocoins and their penetration into the global economy. Ripples recent escrow has proven their ability to do EXACTLY what their entire project is based around. A flawless execution of a 15 billion USD transfer of 55 billion XRP into escrow accounts which will control the liquidation of the remaining XRP over the life of the ledger.

I believe those with the foresight into hodling these specific encrypted keys to to a new digital kingdom of rapid asset transfers will be the same people that benefit from a system that requires access to mass liquidity.

The more liquidity the market enjoys the more it will come to depend on it for growth and 2018 will be a big year for organized finance in almost every sector in the world.

Thanks for the read.